Several years ago, my church designated the fifth Sunday of the month as an opportunity for laymen to preach.  I passed on the invitation when my name came up.  I did not feel qualified to speak and therefore decided not to embarrass myself or bore an audience with my scattered thoughts.

Much has changed since then.  A couple years ago (upon realizing that I could no longer use the excuse of being younger than Jesus when he started his ministry) I decided to start saying “yes” when called upon.  And, surprisingly enough, I did survive my attempts at teaching and giving devotions.  In fact, I did well-enough that I started to think about what I would preach, given the chance.

What sermon would I preach?

I’ve heard dozens of sermons parsing 1 Corinthians 11.  Modesty (the word “modest” only found once in Scripture) has been a frequently preached on topic as well.  Biblical proof-texts pertaining to our doctrinal hobbyhorses make their regular appearances—I’m pretty sure my Mennonite readership is quite familiar with the “Sermon on the Mount” in Matthew.

I’ve heard many “fire and brimstone” messages about the danger of television, rock music, sports and “worldly” entertainment.  Where I come from there is no shortage of sensational stories and titillating tales included in the message.  Even the occasional myths about wells to hell and erroneous silver dollar arguments get mixed in to spice things up a bit when the pulpit-pounding theatrics aren’t good enough.

However, amongst those numerous messages I’ve heard from across many pulpits, there is one particular Biblical text that I cannot recall a sermon being preached on.

That text being Matthew 23, the chapter where Jesus levels seven accusations against the religious elites of that time, a sermon full of unpleasant words and bitter reproach that culminates into prophecy about Jerusalem’s destruction and the ending of that age.

I have long pondered why this significant portion of Scripture (mirrored in the six woes of Luke 11:37-54) is so often neglected.

It could be confirmation bias.  It is very easy to only see evidence that confirms our existing worldview (or “cherry picking“) and ignore evidence to the contrary.  Perhaps it is preoccupation with defending the current tradition that distracts us from a sermon about the hypocrisy of other religious people?  We’d rather dismiss that as irrelevant to our own time and unimportant.

Or…does it hit too close to home?

In a denomination known to split over religious minutia a discussion of personal hypocrisy might be a sore subject.  When I read it, the parallels between the attitudes of those Jesus called out and some I’ve witnessed in our circles today are clearly recognizable.  So the passage might simply be avoided as an uncomfortable topic.

Anyhow, as one not striving to follow the path of least resistance, and as one who believes that faithfulness includes challenging the complacent, I would choose Matthew 23 for a sermon text and explain how the message Jesus gave then still applies to us today.

Blogging—today’s medium for delivering a message to a broader audience. 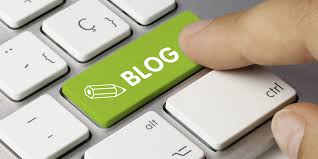 I felt called to be a minister of the gospel at a young age.  Back then, I had thought that meant being ordained or or serving as a missionary overseas.  Both of those things have become more and more unlikely as I’ve aged.  I do not tow the denominational line, so to speak, therefore my chances of ordaination or being sent to represent a Mennonite organization are about nil.

I may never have the opportunity to preach in a Mennonite church given my current trajectory.  But life is strange.  This thing called blogging did not exist until the mid 90s nor did social media and now it does.  My writing here reaches a larger audience than ordained Mennonite men do on Sunday mornings and that’s something I could not have imagined as a child.

So, I’ve decided to do a series of blogs on Matthew 23.  I want to be faithful with the platform I’ve been given, and I believe that you are here reading because the message is relevant to you.  My hope is that this encouragement to go beyond our own religious comfort zones is received as intended.