One of my favorite features of Orthodox architecture is that Jesus is always above all.

And by this I mean, literally, there is an image of Jesus painted on the ceiling, looking down from the highest point, and this is a constant reminder during worship of what it means to cast our eyes up towards heaven: 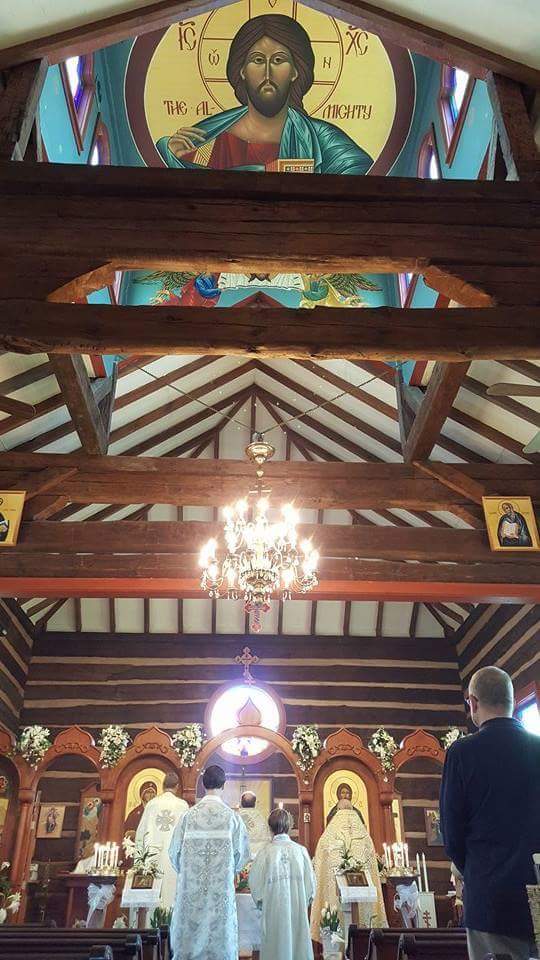 This past Sunday I had a beautiful vision while Fr Seraphim blessed the bread and wine. I saw this flow, like a vapor or a cloudburst, coming down through Jesus, pouring down on us and then fanning out in all directions into the world. It was a glimpse of what Holy Communion really is, it is God bringing life into those who are gathered so they can go out bring hope and healing to the world. 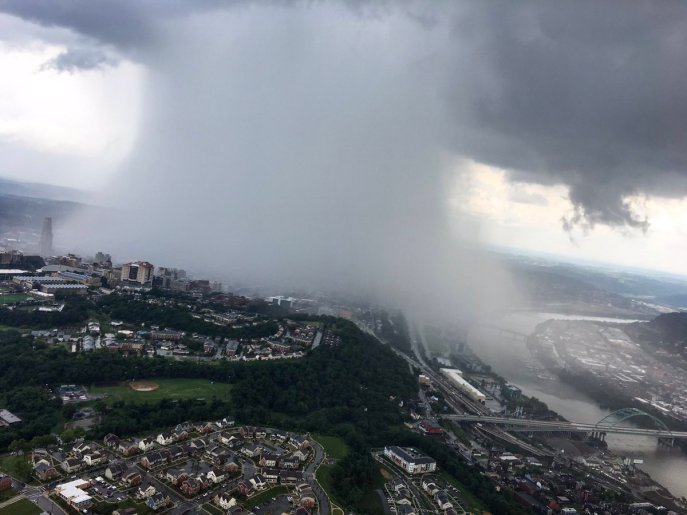 During the liturgy (which literally means “the work of the people“) we bring our petitions to God. Our prayers, which are represented by incense, rise towards God’s heavenly throne. It is a picture of worship found throughout Scripture. It is found in the description of worship throughout the Old Testament and also in Malachi, at the end of that volume of books, in this a promise:

“Oh, that one of you would shut the temple doors, so that you would not light useless fires on my altar! I am not pleased with you,” says the Lord Almighty, “and I will accept no offering from your hands. My name will be great among the nations, from where the sun rises to where it sets. In every place incense and pure offerings will be brought to me, because my name will be great among the nations,” says the Lord Almighty. (Malachi 1:10‭-‬11 NIV)

Of course, we know that Jesus brought a permanent end to temple worship in Jerusalem. The old temple was destroyed in 70 AD, as Jesus had prophesied would happen in the generation to which he spoke (Luke 21:5-32), and now the promise of Malachi is fulfilled in the church which has been founded by Christ. We have become the new temple, the Spirit of God dwells in us, and worship in every place. It is the church that offers incense and pure offerings and makes God’s name great among the nations.

It is a picture of heaven found in the last book of the New Testament:

Our prayers go up, with a sweet savor of incense, for the country we live in, for the city we are in and every city and land, for favorable weather, an abundance of fruit and peaceful times, for those traveling by land, sea, and air (also through space), for deliverance from affliction, wrath, danger and necessity, and asking “Lord have mercy” after each petition led by the priest. These prayers go up, culminating with the Holy Oblation, the blessing of the Precious Gifts, and we sing:

Those words a combination of the hymn of the Seraphim (Isaiah 6:3, Revelation 4:8) and the words of the crowd called out when Jesus made his triumphant entry to Jerusalem. It is in anticipation of what is to come. Our prayers go up and God pours out his mercies through the body and blood of Jesus, through the life of Spirit as it was foretold in the book of Joel:

And afterward, I will pour out my Spirit on all people. Your sons and daughters will prophesy, your old men will dream dreams, your young men will see visions. (Joel 2:28 NIV)

Peter quotes this on the day of Pentecost, in Acts 2, to explain the miraculous things happening then and that continues in us today as well. It is through Communion, our partaking of the body of Christ together, that we can be filled with the Spirit and flow out into the world. The life of the church comes through our Communion with each other and with God. This is the picture of what happens next:

A fountain will flow out of the Lord’s house and will water the valley of acacias. (Joel 3:18b NIV)

From what I’ve read, the “valley of acacias” was a dry and barren place. 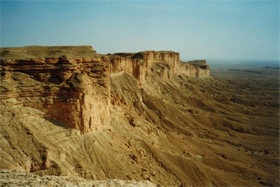 That is the world, people are thirsty for spiritual life and to be watered by the fountain of truth. It is in our Communing with God (and being anointed with oil) that we have a cup that runs over (Psalm 23) that brings life and healing to those whom we touch. We, as those in Communion with Christ and his Church, are the Lord’s house, we are “God’s temple” (1 Cor. 3:16) and our “body is the temple of God” (1 Cor. 6:19) and, therefore, we are the fountain of life in the world.

I wrote this blog over a year ago. Originally it was one of a three-part series about different churches I had visited and was intended to be a comparison. However, much has changed since then and bringing this blog off the shelf seemed like a good way to introduce my next post.

When a friend (ex-Mennonite) invited me to attend an Orthodox baptismal service a couple years ago I had no reason to refuse. One of his college professors was the priest who would be performing the rites and had invited him to witness the event. So we met on a cool crisp October morning for the trek to St George’s, an Antiochian Orthodox Church in Altoona, PA.

Full disclosure: I’ve always considered myself to be an unorthodox guy and at one point probably wouldn’t have set foot in a liturgical church having pre-judged it as stuffy, stifling, etc. I was completely committed to my Mennonite ideals and had no intention of changing church affiliation. My visit was a nice opportunity for a different perspective and nothing more.

First Impressions: The building exterior had a foreign and very non-western appearance to my eyes. It could actually be confused with a mosque. On top of the building in a place where one might expect a pointy steeple there was a golden “onion” dome.

Inside there were three main rooms, a fellowship hall on the end where we entered, a sanctuary in the middle and then a kind of inner sanctum. There were paintings (or “icons”) of an ancient style were depicting various saints, Mary and Jesus on the walls.

We met Father Anthony, a man with glasses and a gray beard, and were warmly received by him before he went about his duties.

We had arrived a bit early and waited a few minutes for the service to begin. Soon we were worshiping as Christians had for thousands of years. Fr. Anthony leading out melodically “Blessed is the Kingdom of the Father, and of the Son, and of the Holy Spirit: now and ever, and unto ages of ages,” and the congregation giving their musical response.

The words of the liturgy were rich with meaning, the gowns, regalia, ancient rituals, intricate ceremonies, and incense burning had my mind whirling about the origination of these practices. Surprisingly, as one typically a cynic of formalities, I was oddly at peace in this service.

The Message: Be On Guard Against Spiritual Pride. (That isn’t the official title to the sermon, but it is what the message was about.) The text came from the Gospel of St Luke:

The seventy-two returned with joy and said, “Lord, even the demons submit to us in your name.” He replied, “I saw Satan fall like lightning from heaven. I have given you authority to trample on snakes and scorpions and to overcome all the power of the enemy; nothing will harm you. However, do not rejoice that the spirits submit to you, but rejoice that your names are written in heaven.” (Luke 10:17-20)

This exuberant moment for the disciples was met with the sobriety of Jesus. While listening to this passage being spoken I had a flashback that made the message especially profound.

My mind went to a vision I had during a spiritual high point a year before where I was on a ladder, having climbed far up into the clouds, and the perspective I had gained was exhilarating. However, the lofty height also made me fearful. I was afraid I would lose my grip, slip, and fall. Which was exactly what happened, I was discouraged and feeling that bitter taste of defeat.

The message spoke to me. I repented my attitude of the last while and marveled at how this text and message could reach my own heart so directly.

The Good: I was surprised. I really enjoyed the service and especially the fellowship afterward. Fr Anthony possessed a wealth of knowledge about church history and articulated Orthodoxy in a way more compelling than the explanations I’ve heard prior. For a well-educated man, he was completely humble. He has remained in communication with me since.

The Bad: The congregation was small and the church we attended at a significant distance from home. Also, as a conservative Mennonite accustomed to children and young people, there was a conspicuous absence here. I wondered where the families were. It made me a little sad because there was a depth of tradition here that makes Mennonites seem contemporary by comparison.

The Ugly: While I’m being brutally honest, the iconology did make me a bit uncomfortable. It was something completely foreign to me and it seemed like their depictions could easily become idols. However, when considering the Bibliolatry common in fundamentalist Protestant congregations, perhaps we are also guilty of ourselves? Anyhow, wherever the case, it is one of those things that made me hesitant about this most ancient of Christian traditions.

The Verdict: Ultimately our salvation depends on God and I have a great appreciation for the Orthodox acceptance of this as a mystery of God. This is a welcome relief for someone tired of the contrived (and unsatisfactory) answers of religious fundamentalists. Orthodoxy is about proper worship of God and their perspective is that worship should be about God’s glory—not our personal preference.

What questions do you have about Orthodoxy?